Symptoms of Depression in Women and A Way Out 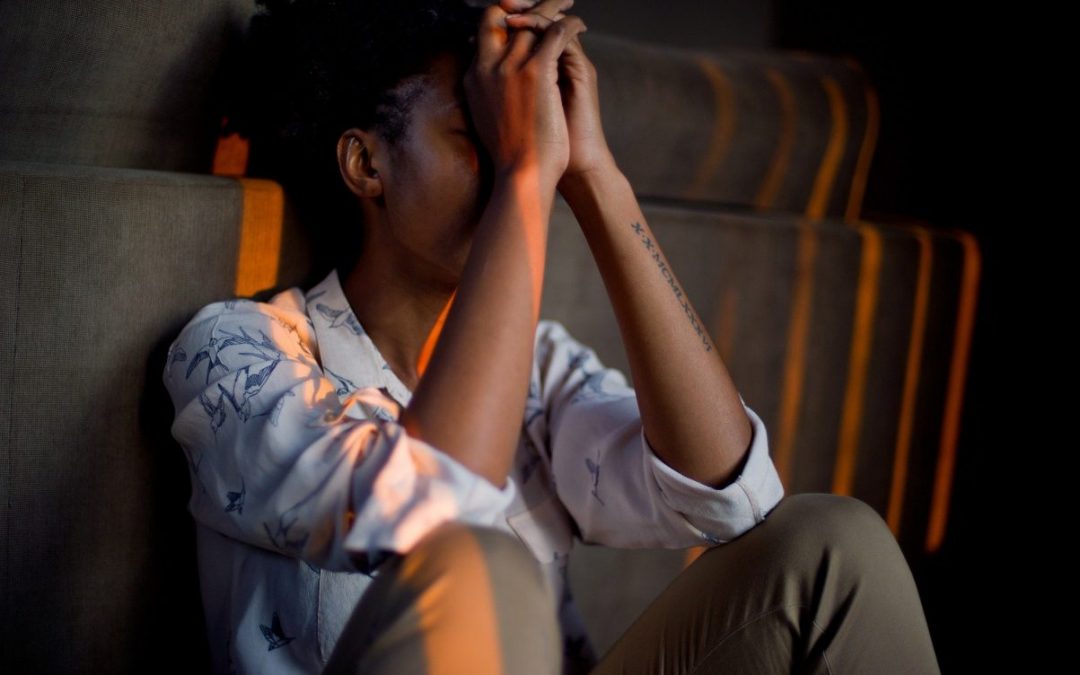 Corrine is depressed.  She is sitting across from me in tears.  Her feelings of constant overwhelm and stress have escalated to the point where she wishes she could be sick or hospitalized just so she has an excuse to rest.  When I ask her what her depression feels like, her voice is as flat as her description –  no energy, hollow inside, and incredibly sad. “I don’t want to go on living this way!” she cries.

Corinne is married, has two kids, and works forty plus hours a week in sales. Since both her partner’s parents and her parents live in different cities, there are no family members nearby to help with the kids. In the rare times when they hire a babysitter, Corrine and her partner have little to talk about besides their children. Increasingly, she feels an emotional distance from him, which adds to her sense of stuckness. She’s also very concerned about her mom and dad.  They’ve never gotten along that well. Now they have financial and health problems, for which she feels responsible.

She often lays awake at night worrying about her various relationships, how she can do more to help everyone, and what she’s said and done wrong. Her sleep quality has deteriorated to the point where she wakes up feeling tired every day. To add to her stew, she’s attracted to someone at her work. “He’s the only good part of my day”, she says woodenly.

Corrine is a fictional character.  She is portraying a type of depression that is very common among women of all ages. Although the stories are different, the symptoms of depression in women have a common theme.

Many feel tremendous responsibility for the feelings and wellbeing of other people. If their partner is distressed, or their young (or adult) child is having a problem, and/or a parent is ill or challenged, they feel it’s their responsibility to “fix” it. This emotional responsibility also bleeds into friendships and working relationships. There’s a brief emotional “high” for being there for others, followed by the crash of fatigue and overcommitment. In fact, there’s such an “other” focus, they often have no idea who they are or what they want.

This is what drove Corinne to therapy. “I don’t know who I am anymore!” Her feelings of emptiness, fatigue, purposelessness, and disconnection had become a crisis. She’d lost her sense of aliveness, and she was very worried that she was going to make a rash decision to leave her partner to pursue another relationship.

Not a Crisis, but a Wake Up Call.

Corrine is a self-described “people pleaser”, and a “rescuer.” She is proud of her selflessness, saying she’ll do anything to help out. The kicker is that her efforts often are not reciprocated, which leads to a feeling of resentment. This is also the pattern in the relationship with her partner, and she now feels little desire for him and instead fantasizes about how life would be different with someone else.

Corrine’s uber responsibility for others leaves her little or no time or space to cultivate her inner life. Her “garden of wellbeing”, her essence, her spirit, is drying up and dying inside of her. No wonder she feels like she’s in crisis. Little does she realize that she is actually experiencing an awakening. Corrine’s body, mind, and spirit are calling her to wake up to her sense of who she is so that she discovers her purpose. A purposeful life is empowering and enlivening. Corinne can create a rich life. Not only will it fulfill her, but it will inspire her children, partner, family, and friends.

The Journey From Depression to Wellbeing

Women with depression find it helpful to develop a greater self-awareness on a body-mind level.  Corinne’s first step is to notice what it feels like in her body when she gives up her own desires to take care of someone else’s feelings and needs. As she becomes more aware of the ways she is abandoning herself, she can take charge of her emotional life. She’s beginning to realize her emotional caretaking makes her feel resentful. Unconsciously going along with what others want, when it conflicts with her own desires, makes her feel dead inside.

It took Corrine a few sessions before she was able to feel comfortable considering herself first. It wasn’t familiar to her and it felt selfish. I taught her how to use her breath as a bridge into her volition – that place inside her that knows what she wants. At first, it was terrifying for her to think about actually saying what she wanted, so I suggested she write about it in her journal. With practice, she grew more comfortable with the idea that she mattered. This allowed her to express her desires in a clear and confident way.

Learning to breathe, feel her volition, and express her desires, resulted in her inner garden flourishing with feelings of hope, inspiration, love, passion, joy and purpose.

The End of Self Abandonment is the Beginning of Love

Not all women feel such an incredible pull to care for others as does Corrine. In fact, more and more women are putting the oxygen mask on themselves first, developing a strong voice, and creating healthy boundaries. They know who they are, what they desire, and they consider their wellbeing before promising their time and energy to others.  They’re not selfish, they’re being true to themselves. This actually makes them more loving and relational.

Putting the oxygen mask on yourself first, setting boundaries, and expressing your desires is the antidote to depression. Initially, there is a fear that you will lose the love of the person who triggers your self-abandonment. This is rarely the case. In fact, when you become more of you, the other person is usually delighted that you’re showing up to be fully in the relationship.

How do you pull yourself out of this self-abandonment habit?

Notice. When you over-promise to take care of or fix someone, notice the shrinking feeling in your body.

Breathe. Your self-abandonment habit is a shutting down of your sense of self. This sense of self is usually felt as energy in your chest. Breath is energy. Breathe in some energy for yourself.

Journal. Take the dilemma of whether to abandon yourself because you feel a responsibility for another person’s emotional wellbeing to your journal. Try to find what you want.

Write. This is not a crisis, only my self-abandonment habit makes me think so.

Therapy. Early experiences with love and relationships can be the root of self-abandonment habits. Find a therapist who can help you find the love you really want…without the self-abandonment.

Remember. The end of self-abandonment is not the end of love. It is the beginning.